Following the usual promotional pattern of an annual trade show presence at one event in Europe and another in the USA, Precision Ceramics’ exhibition plans for 2015 have been slightly thrown by the two key events they want to be at – Ceramitec and AVS – being staged at exactly the same time and 5,874 miles (as the crow flies) apart!

Precision Ceramics have had a presence at the three-yearly Ceramitec since the mid 1990’s. The exhibition has always been staged in Munich and this year’s event is no exception apart from being in October rather than its more usual May slot. 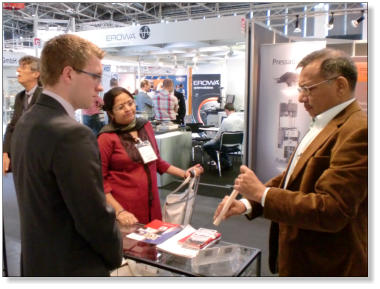 No other event showcases the international ceramics industry in such breadth and depth as Ceramitec – synergies; new business; fresh ideas; all of this and more. It covers the full spectrum, from heavy-clay, fine and refractory ceramics through to raw materials, technical ceramics and powder metallurgy. In short, the whole world of ceramics gathers together in Munich for one prestigious event.

Precision Ceramics are keener than usual to be at this year’s event with an exciting new range of components to display and services to and talk about to the truly international audience attending.

From manufacturers to suppliers and researchers, Ceramitec is the leading trade fair for ceramics. And this is confirmed by both the exhibitors (87% of them) and the visitors (88%). It’s not only the statistics for the show that impress. So too does the fact that all the key players and innovation leaders turn out for this event in Munich.

As a leading international trade show, Ceramitec presents a perfect blend of expertise, technology and innovations. It is a concept that has strong appeal: At the last event in 2012, 94% of the visitors and 97% of the exhibitors said they would be taking part again in 2015.

Precision Ceramics is no exception, exhibiting at Ceramitec for the 9th consecutive time! Our stand number is not yet confirmed – allocation begins in mid-February – so please bookmark this blog for further information in the Spring.

Precision Ceramics will also have a presence at AVS 2015 in San Jose, California, during the same week as Ceramitec.

The AVS International Symposium and Exhibition has been developed to address cutting-edge issues associated with vacuum science and technology in both the research and manufacturing communities. 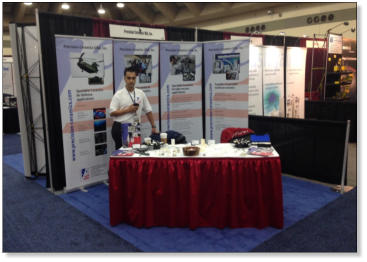 The Symposium itself is a week-long forum for science and technology exchange featuring papers from technical divisions and technology groups and topical conferences on emerging technologies. The equipment exhibition is one of the largest in the world and provides an excellent opportunity to view the latest products and services offered by over 200 participating companies. Precision Ceramics will be one of them.

More than 3,000 scientists and engineers gather from around the world to attend. Short courses are offered in conjunction with the International Symposium providing specialized training in specific areas of vacuum science and related technologies, an area in which Precision Ceramics has particular expertise.