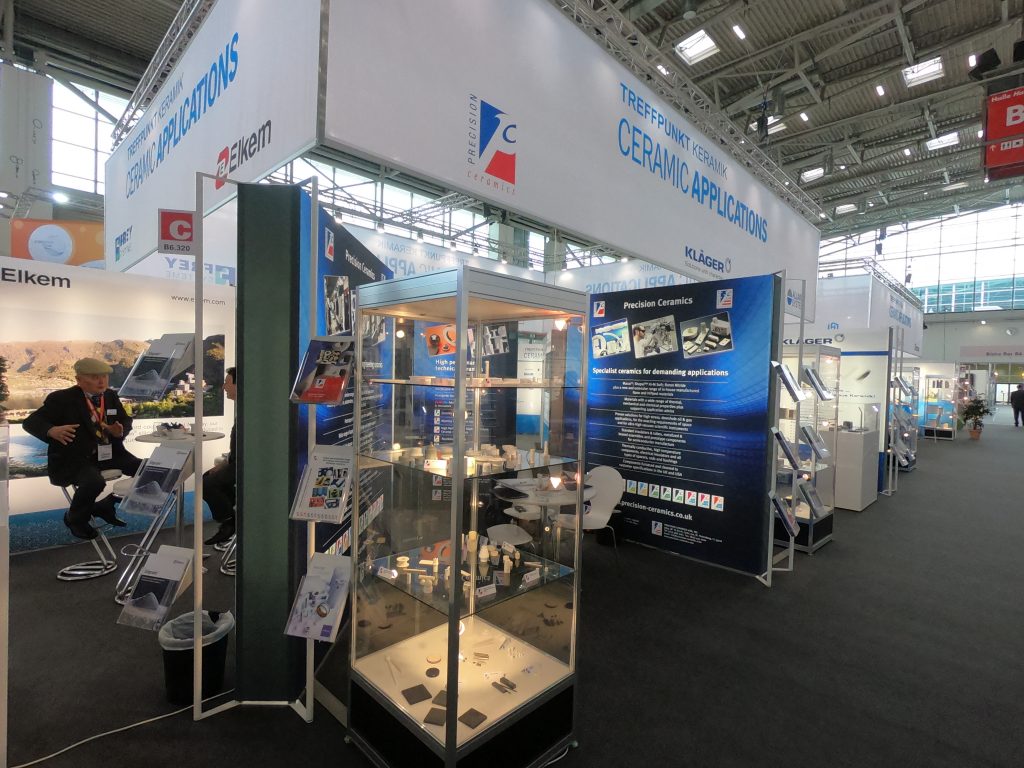 Boasting over 15,000 participants from 93 countries, a floor space of 40,000 square metres in four themed halls and with 633 exhibitors from 38 countries, Ceramitec 2018 has further strengthened its reputation as the international meeting point for the ceramics industry.

Precision Ceramics has had a presence at the three-yearly exhibition since the mid-1990’s and this latest event – held at Messe Munich from 10th to 13th April – was no exception.

“Ceramitec 2018 was a great success”, says Gerhard Gerritzen, Member of the Board of Management of Messe Munich. “I am particularly pleased with the fact that the positive trend indicated by the Ceramitec industry barometer, a survey we conducted among industry representatives during the run-up to the trade show to learn more about their investment behavior, has been confirmed at the event. The exhibitors could transact good business deals, had high-quality visitors at their booths and established a great number of new contacts.” Thus, the event has proven its reputation as an international key trade show once again. “And all this even though the conditions were slightly difficult—apart from this year’s unusually packed trade show calendar, we had a strike at Munich Airport on the opening day”, adds Gerhard Gerritzen.

Ceramitec is the international key trade show for the ceramic industry and covers the entire spectrum of products and services ranging from classic ceramics and raw materials to industrial and technical ceramics and powder metallurgy.

Apart from Germany, the countries with the largest number of exhibitors were China, France, Italy, Spain and Portugal. Most of the international visitors came from Austria, China, France, Russia and Turkey, underlining, more than ever before, the importance of trade shows like Ceramitec to define the right interfaces between suppliers and their customers. 96 percent even stated that they would take part again in the next Ceramitec in 2021.

One of those will certainly be Precision Ceramics. 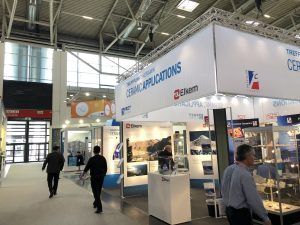 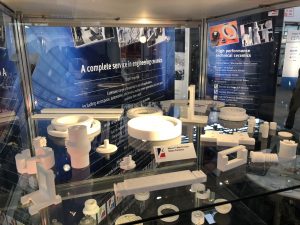