Throughout history, philosophers and scientists have confronted the dilemma “which came first, the chicken or the egg”? To ancient philosophers, this problem was at the centre of their questions as to how the universe and life on planet earth began. Even more recently, scientists such as Stephen Hawking have argued that the egg came before the chicken.

In ceramics too, this age-old idiom has a strange parallel – “which came first, the materials or the application?” 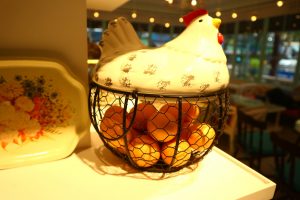 Most technical ceramic materials reach a point when they move from university-based research (material produced in laboratory quantities) into small batch production in industry and this tipping point is either driven by an inherent belief in the materials potential or an actual application.

The development of an existing material to an improved state is a relatively small step. The production of a new material without any commercial volume behind it is something far more challenging.

Zirconia, and particularly the yttria stabilised variant, is an interesting case in point. The material had great properties, was fracture tough and was a game changer on how people viewed brittle ceramics. It was also a material looking for an application.

In its infancy and before volume applications were thought of, tested and approved, suggestions for uses came and went.

“Some of the more fanciful projects were, I’m sure, developed for their publicity alone but one I remember vividly – studs for football boots. The application would have brought the material into the lives of many people, driven attention to a new material, proved that fracture tough ceramics worked and dispelled the fragile ceramics label. The studs would wear longer than the plastic or aluminium more commonly used and running on grass would not be an issue. However, as all sports enthusiasts know, the locker room floor is not grass but usually tiles or cement and flat grass hides stones. Not all pitches are the same quality as the pristine manicured turf of Wembley!

The project failed as even small chips revealed a razor-sharp edge and in a mistimed tackle even a small sharp chip could cause a significant injury. As a consequence, the project was dropped in favour of other more suitable materials.”